Imagine being there at the beginning, called upon to bring forth evil creatures bent on destruction and mayhem from the written page. 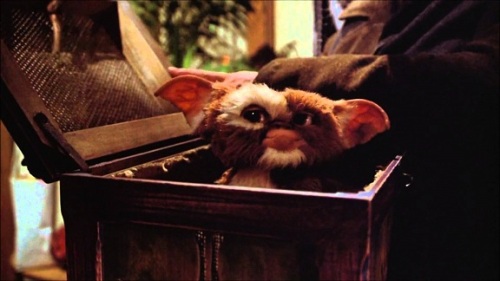 Then from the darkness, a furry hero emerges, breaking through the madness with cuddly cuteness. As the special effects supervisor on the 1984 holiday horror comedy Gremlins, Chris Walas was there for it all. 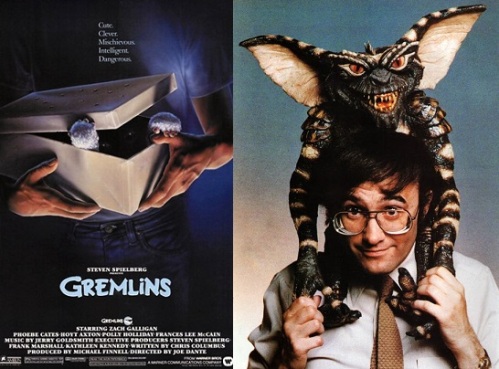 Not only was he present as director Joe Dante worked to create this quirky and unforgettable film, without Mr. Walas, it would have just been called “People”, as producer Steven Spielberg once joked.

In our latest episode, the SequelQuest crew discusses our ideas for a third film in the Gremlins movie franchise  and we were lucky enough to get an exclusive interview with the man who worked on such classic films as Raiders of the Lost Ark, Return of the Jedi, David Cronenberg’s The Fly and went on to become the director of The Fly 2 (click here to hear our ideas for a 3rd film in that franchise). 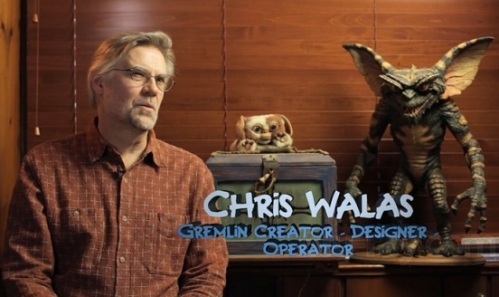 Special thanks to our guest host and professional puppeteer, Kelly Campbell from KC Puppetree for conducting the interview and gathering the interesting behind the scenes details that follow. Now let’s hear the tales as told by the father of the Gremlins, in his own words.

Origin of the Mogwai

Initially, in the early script, the Mogwai were simpler, more animal-like and less like characters. There was no Gizmo at this point. 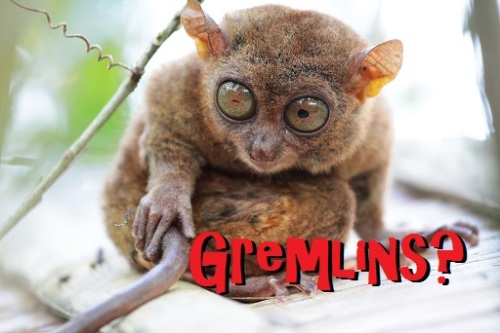 I always like to draw from nature for inspiration and I thought that Tarsiers had a wonderful but strange, big-eyed, night creature feel to them and they were the elemental inspiration for me. They are a kind of small Asian primate with big eyes and big ears. I did a couple of quick sketches and then a couple of life-size models to hone in the look and feel for them. 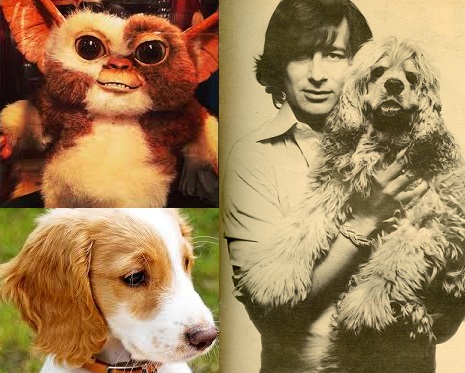 But the film changed a lot in pre-production and the Mogwai changed accordingly. Originally, they were simply brown. Steven Spielberg suggested we color them white and brown, like his pet [dog]. Then he suggested that one of the Mogwai NOT change and stay a Mogwai as Billy’s friend. That’s how Gizmo was born. 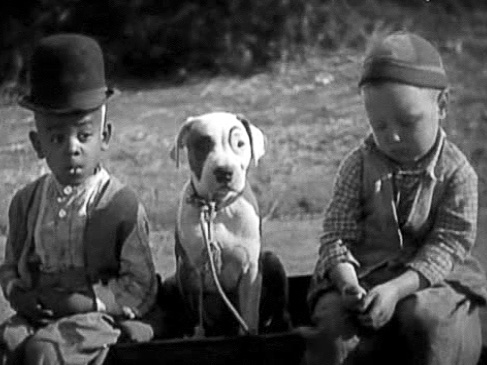 So Gizmo had to have a recognizable difference from the other Mogwai. I suggested the white ring around the eye. I grew up on the Little Rascals and their dog, Petey, had a ring drawn around one eye. It was a relatively easy way of making the distinction. 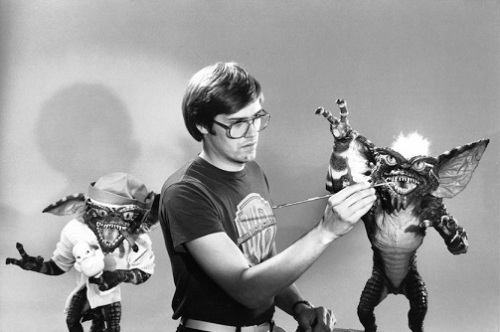 We built a lot of puppets that never saw the light of day. There were a number of things we tried that didn’t work, especially for the walking effects. We did do a number of walking puppets for both the Mogwai and the Gremlins, but there just wasn’t enough time to refine them to the level we needed to. 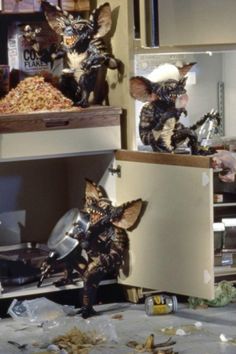 We built a lot of the puppets specifically for a single scene, only to find that scene was cut by the time we got to filming. So there was a degree of frustration there, knowing that we had some good stuff that’s would never be seen. But that really is the nature of puppets in film. You go into it knowing that not everything is going to make it into the finished film. 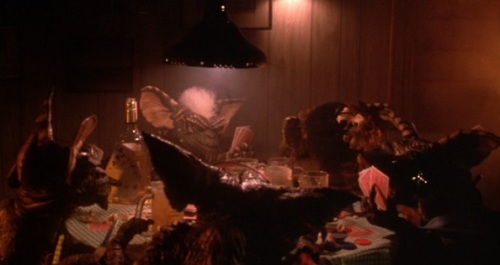 For example, Joe Dante’s original cut of the bar scene was twenty minutes long! We had done a monstrous number of gags and rigs for that scene that never made it to the final film. 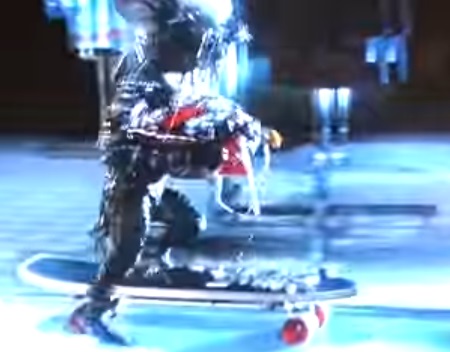 One of the puppets I loved was the skateboarding puppet [not featured in the film]. It was a reciprocating mechanism for the leg movement and RC for the head. It was one of those designs that was simple, dependable, and easy to implement. 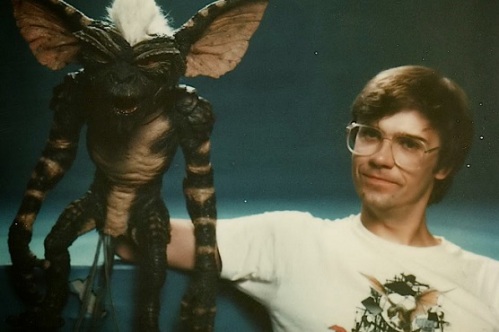 It wasn’t really a matter of simply creating whatever we wanted to. We were working on a very tight budget for what we were doing so all of the puppets had to be designed and built to a purpose and for a price. It was then more a matter of pushing those puppets a little beyond their limits.

The Crew Makes The Cut

The most wonderful thing about Gremlins was that I managed to convince the production that they should allow me to bring my construction crew down to puppeteer as well. 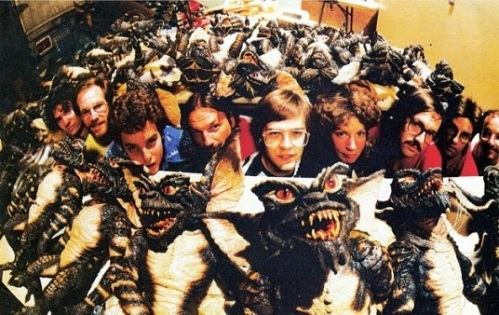 That way, they would understand the limitations of the puppets as well as being able to repair them as needed. So it allowed me the comfort of having a crew that I knew and trusted through the entire production. 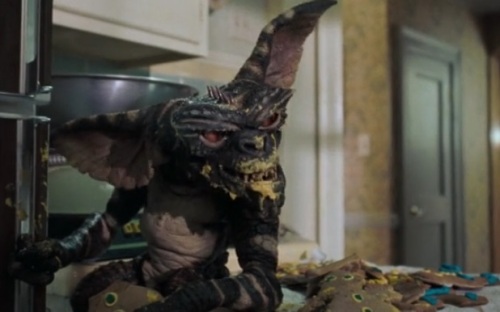 Puppetry for film can be a very different thing from what is normally perceived as puppetry. And it’s nothing like puppetry for theater, which is a separate art form of its own. In film, only the few seconds the camera is running on a specific shot matter. But everything in those few seconds is critical. 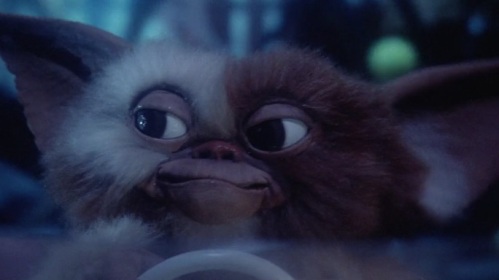 Animatronic puppetry is not remotely like a single puppeteer/single puppet situation. We had a dozen puppeteers on a single puppet at times, all striving to create and keep a single puppet character alive on screen. Coordination becomes a huge job and only a tightly knit crew can really pull it all together. 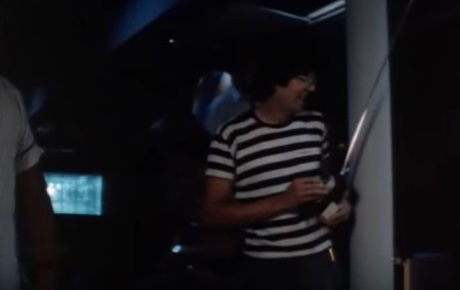 We used mostly cable controls on Gremlins. RC for film was still in its infancy. RC was common, but just the relay, on/off style, and mostly used for setting off pyrotechnic charges and the like, not for animatronics so much. Proportional RC was relatively new on the scene. 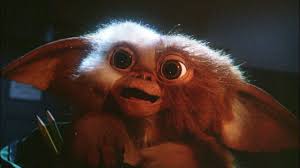 We only used it for specific puppets as it was undependable, especially because it was affected by all the metal in the sound stage structures. Most close-ups were done with cable controlled puppets as that provided the greatest control and subtle of movement.

The interesting thing about Gremlins was that it was so much less work and so much more enjoyable when we (the puppeteers) had simple puppets to work. 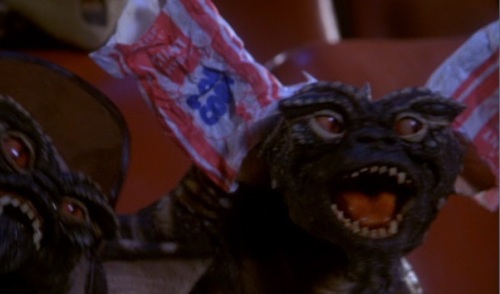 The stress level was lower and we could have a lot more fun with the puppets when we weren’t worrying about the 20 cables coming out of them and could just be silly. 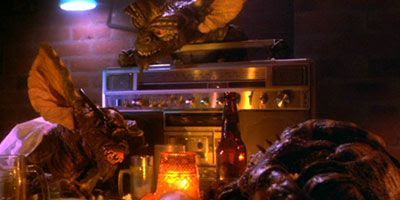 While so few claim credit for success, it’s almost always due to the many. We were so lucky on Gremlins. Bob McDonald (special effects foreman) and his crew were magnificent in all the help they gave us. While most film crews are astonishingly hard working and devoted, it’s rare to find that magic balance. In a film with nearly impossible and relentless puppet demands, it was a joy.

The voice actors were hired long after we finished shooting. Mark Mangini (supervising sound editor) was in charge of sound and he noticed that we puppeteers would make sound for the puppets as we operated them. So he got us all together and recorded us making Gremlins voices to use as a guide for the voice talent. 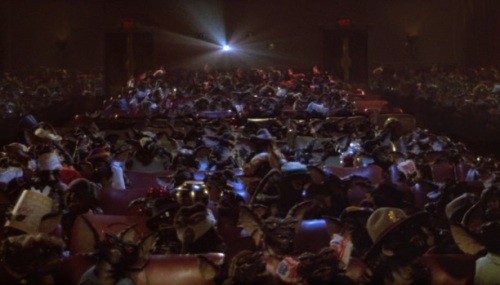 We had a screening of Joe’s first cut at the Academy theater. The sounds for the Mogwai and Gremlins were simply animal sounds. I was heartbroken and devastated. Honestly. After all we had done, I was crushed. So much so that I could not even stay after the film and ran out of the theater, literally almost in tears. 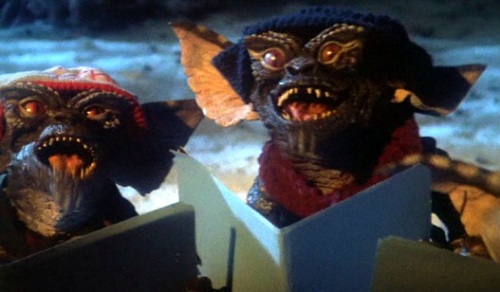 To his great credit, Mark chased me down on the street to confront me on the sound. He said If I wasn’t happy with the sound he would do it as many times as it would take to make it right. I have forever been in his gratitude since.

Return of the Gremlins

Gremlins 3? I’m sure it will happen at some point, regardless. The film industry has become more and more dependent on recycling successful projects than ever. 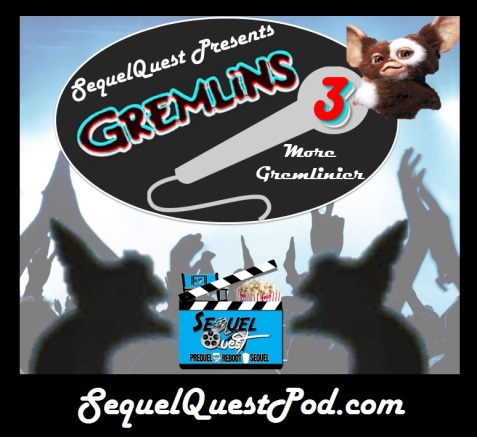 I would hope that they would go back to that strange and magical blend of charm, horror, and humor that the original had. That’s really what made it unique. Joe Dante crafted something that has never been matched. I have no idea what a sequel could be. With so odd a starting point, it could go anywhere!

Sadly, I don’t think puppets are financially viable in this day for this kind of project. CGI is astonishing, but it is different. 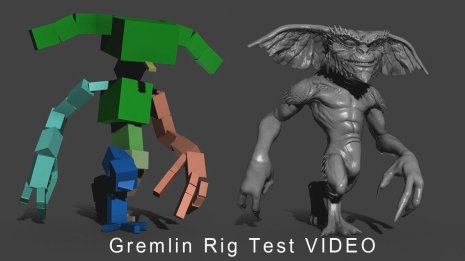 I think the fact that Gremlins was done with puppets was a defining aspect of the film. I don’t think a Gremlins 3 with CGI will match the original, but that’s not really the point. The point is whether a Gremlins 3 can capture the magic of the original film, regardless of techniques.

Puppets of the Past

I think puppet films like the Henson productions and Gremlins have had their day. 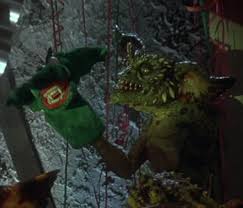 Puppet films are expensive and time consuming and I suspect they will be relegated to more art films and short subjects, which is not altogether a bad thing. Puppets create their own “reality” on film, and I think that it is the same kind of unique magic that stop motion has. 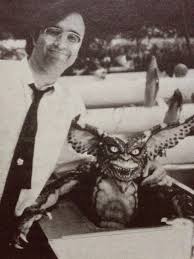 There is a place in film today for puppets, to be sure. But I don’t think puppets will ever be the basis for a film like Gremlins again. the Muppets? Yes, I hope so. Puppets have the ability to suspend reality instantly, and I hope more filmmakers take advantage of that in the future. 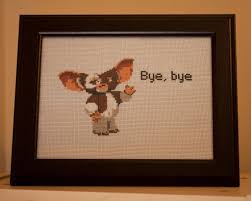 We want to sincerely thank Mr. Walas for his time and the amazing insight into the legacy of the Gremlins and puppet creatures on film. Now go ahead and click here to listen to our pitch for Gremlins 3 in this exciting episode of SequelQuest!