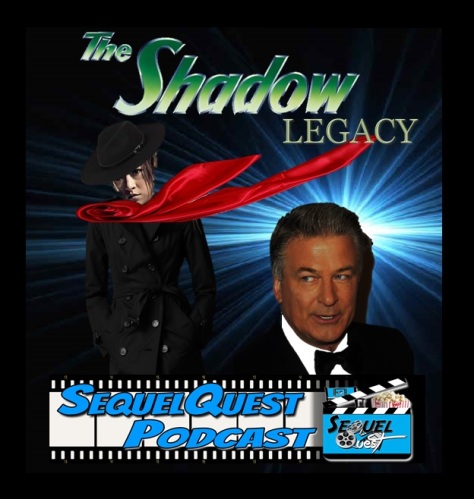 Click here to stream this episode on Podbean.
Who knows what sequels lurk in the minds of movie fans? SequelQuest knows! This week we’re heading back to 1994 to visit Alec Baldwin, John Lone and Penelope Ann Miller in the supernatural action adventure film The Shadow. Who is The Shadow? If you don’t know by now, you’ll definitely be an expert by the end of this podcast.
Join Adam, Jeff, Jeramy and special guest Paxton Holley from the Nerd Lunch and Cult Film Club podcasts as they discuss how a film a film from the director of Highlander, written by the screenwriter of Jurassic Park and featuring Ian McKellan and Tim Curry could fare so poorly at the box office despite so many memorable moments.
The adventure takes on a new dimension as the crew pitch their ideas to bring this radio and pulp magazine icon back to the mainstream for modern audience in a follow-up to The Shadow’s last cinematic outing. Will the invisible avenger continue battling evil int he 30’s or will he pass on his legacy to a new generation in a Netflix original series? Listen now and find out!
After you listen, check out more from our guest host Paxton Holley on the weekly Nerd Lunch podcast or The Cult Film Club.