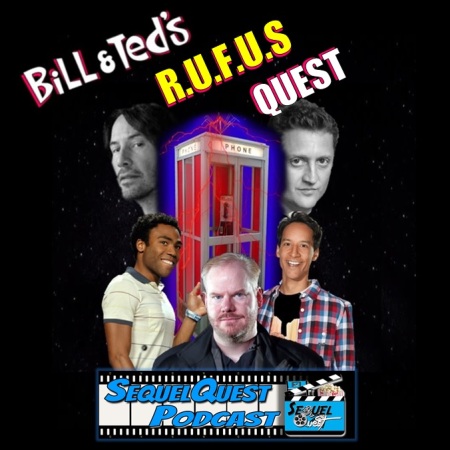 It’s been 30 years since 2 dudes from San Dimas partied with a gang of historical dudes in Bill and Ted’s Excellent Adventure. Just a few years later Wyld Stallyns teamed up with the Grim Reaper to fight evil robots and the minions of Hell in Bill and Ted’s Bogus Journey. But we haven’t heard anything from Rufus or The Great Ones in decades, what gives?

That’s why the SequelQuest crew decided it was time to complete this most triumphant trilogy by pitching our ideas for Bill and Ted 3! But Jeff, Jeramy and Adam are most definitely not alone, joining us for this podcast adventure is the bodacious, Anne Brashier.

A writer/director/performer in Los Angeles, Anne brings with her a unique attitude on what the next installment of the Bill and Ted franchise should be based on her time collaborating with The Groundlings, Upright Citizens Brigade and even live events for ScreenJunkies.net at ComicCon. She even dishes a bit on her plans for a Bill and Ted’s Excellent Adventure musical.

So join us as we surf the circuits of time, cramming all sorts of crazy ideas into the phone booth in an attempt to bring the laughs, loud and hard. Also, find out what Danny Pudi, Donald Glover and Jim Gaffigan have to do with our crazy Bill and Ted 3 movie ideas on the latest episode of SequelQuest.