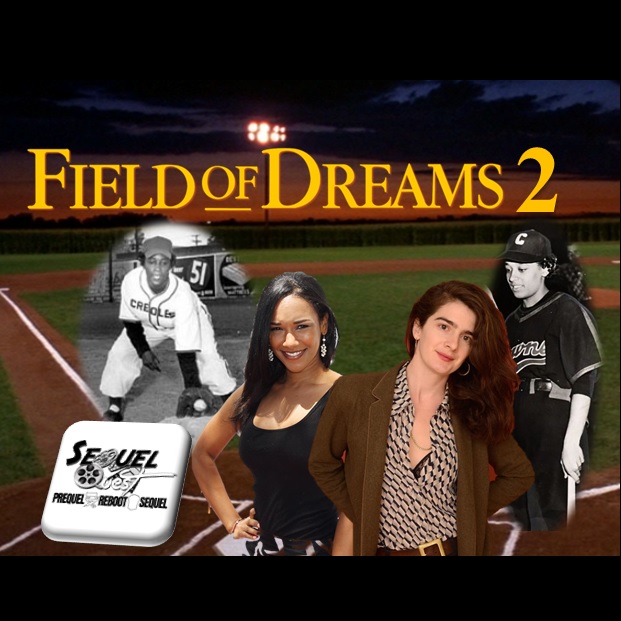 “If you listen, you’ll have fun” Hey, no need to whisper, it’s a brand new episode of the SequelQuest podcast where we’re discussing the most famous baseball film that’s not about baseball, Field of Dreams. You know that Kevin Costner movie where a farmer hears a voice in the corn and then dead baseball players show up? With Ray Liotta and James Earl Jones in the mix it’s no wonder the film has endured as a cinema classic.

But the mystical element of this story is ripe with possibilities or so it seemed when Adam, Jeff and Jeramy brought back past guest, Eric to discuss a sequel to Field of Dreams. After a bit of nostalgia the crew hit on ideas ranging from a sappy Netflix anthology series to mash-ups with A League of Their Own and The Twilight Zone. Yeah, it gets weird.

Questions abound as we ask, what exactly is a “nubby corn thing”? Could a re-telling of Xanadu be the best way to set-up Field of Dreams 2? Are you repulsed or intrigued by the phrase, “Cornfield Hellscape”? And hey, what happened to Jeramy halfway through the show? All your questions will be answered in the latest episode of the SequelQuest podcast.